One Hope, One Fear 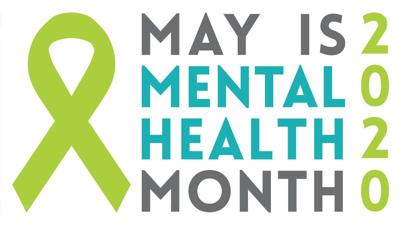 Every year, I like to use this space in a decidedly different manner to give recognition to Mental Health Awareness Month. A topic long near my heart and soul, but one that is taking a particularly noticeable pole position in society today due to the effects of Covid-19. The social and economic impact of mandated quarantines is beginning to yield negative, but predictable, mental health results in millions of Americans. Generally, human beings are not well equipped to deal with a consistent pattern of fear driven by the unknown and cultivated by isolation. Statistics are beginning to emerge that demonstrate not only the calls to hotlines have increased, but suicides are increasing. Medical personnel in California appear to be the first to go on the record urging an end to lockdowns, and a return to normalcy, before we have a different crisis on our hands related to mental health deaths. An acquaintance of mine recently sent me his Covid-19 Hope – Fear exercise that we participate in as a way to help those of us who struggle with depression. I’ll take a moment to explain two things – first, I say acquaintance because I’ve never actually met the man. He is a member of a private digital group I belong to, and we exchange emails and share writings as a way to help each other through difficult times. It’s nowhere near the power of physically being present in someone’s life, but it’s helpful. Second, the Hope – Fear exercise is one in which a person will pick a particular topic that is relevant today, and share one hope and one fear connected to that topic in relation to their struggle with mental health issues. The people they share it with then take the counter point, meaning they share their one fear about that person’s hope, and then one hope about that person’s fear. Now, let me be clear that if for some reason you wish to debate with me the merits of this exercise, please know I care very little about your opinion regarding such. It’s been helpful to some of us. It’s allowed us to see, at times, that a particular hope is greater than a particular fear thus giving us something positive to focus on. Or, it’s let us see that a particular fear outweighs any hope we have, thus giving us something to ask for help from others about. I’ll share with you his hope and fear about Covid-19 to give you a better understanding, but also to see what someone with deep depression deals with not just during these times, but at most times. Like any illness, not all depression is the same, and should not be treated the same. For the record, I’ve taken the liberty to paint his thoughts a bit broader in an attempt to make it a better read. The sentiments forever remain his.

Hope – Everything is Temporary….for Most

Human beings, in general, are strong creatures with the ability to keep moving forward despite adversity. Even during some of the worst tragedies – death of a loved one, job loss, divorce or breakup, or falling out with your best friend – we briefly grieve but tend to brush it off and see the light that is tomorrow. Everyone is familiar with the saying that everything in life, good or bad, is temporary. We embrace this saying as a way to compartmentalize the bad feelings, deal with them and continue to live our life. We are normally allowed to do this because life around us goes on, and we can hop on that train and be assisted by that vibrancy that is created by a world with direction. A world where we see deep support from everyone around us. For the last few months, that ‘temporary’ feeling is being challenged for many. People who have lost their jobs are unable to rationalize a clear path to recovery due to historic unemployment rates. Many have lost loved ones and been unable to grieve in the traditional manner due to restrictions, leaving some without the closure they are used to. And the support mechanisms they typically have around them in friends and family have become either virtual, or non-existent altogether, due to isolation requirements imposed on them. There currently is no wave or sunshine train to jump on because an unusually high number of people are experiencing the same symptoms. People not used to feeling this fear, this desperation, are experiencing it for the first time and find themselves terrified and unsure what to do. They cannot define the wall of unknown in front of them, and we always fear deeply what we don’t understand. Some, not all, find themselves paralyzed by fear – fear of the virus, fear of economic disaster, fear of isolation, etc. For those of us who deal with depression, who deal with that fear of something unknown that we can’t define, we would like to say welcome to the club. You can pickup your honorary member certificate on your way out the door when this is over. But the hope, when this is over, is that as an honorary member it sparks greater awareness. Greater and more meaningful connections and conversations with people in your life that struggle with depression. Don’t attempt to say “I know how you feel”, but attempt to connect from a shared feeling. Express the feelings you struggled with, and ask that person in your life how it relates to their daily struggle. Share with them how you pulled out of the darkness and ask them if your success is in anyway helpful to their journey. Recognize how fortunate you were to be of sound mind that you were able to turn the light back on, and respect that not everyone is as fortunate. The hope is that it creates a deeper care, and deeper more meaningful level of conversation with those in your life you love and know are struggling with something you experienced if only at a fraction of the damage it can cause. Perhaps, out of this terrible experience with one disease, we embark on a cure for another.

We all have that survival instinct within us. When faced with a threat to our well being, it kicks in and we adopt whatever is needed to fight off that threat. During the pandemic, isolation from friends and family has become a major threat to everyone. To fight off that isolation, we adopted virtual happy hours, reached out virtually to family we may not normally interact with, formed social distance happy hours in our respective communities bringing us new friendships and, in some cases, increased the frequency of professional online meetings simply to stay in contact with our co-workers. In the true human spirit, we adapted and overcame the challenge that isolation presented us. But look to your left. Now your right. Is someone missing? Does that someone struggle with depression and anxiety, making it difficult for them to create social connections even in the best of circumstances? The “new normal” that was needed to help some may be a fear for an entirely different group. What may have been an orderly world before the pandemic, one in which they formed meaningful connections that allowed them to cope with depression, may now look forever different when we are allowed to be closer than six feet from those we call our friends. Even though it was all done with absolutely no malice of heart, the fear is that the dramatic change to the depressed person’s environment will lead them down a road where they feel isolated and unwilling to connect with anything in the future out of fear of being hurt again. What was an easy response for some – create new connections – is debilitating for someone with depression. The stigma of depression exists because, among other reasons, healthy folks cannot understand how hard it may be for someone to be vulnerable and create a meaningful connection. Additionally, for a large number of people, they will have never experienced that struggle discussed as part of the Hope because they were able to form these new avenues of support. This means a large number of the population will not be an ally in the fight because they have no real world experience to draw from. The loss of even one ally is too many in this war. Typically, we respond to the Hope – Fear entry within 48 hours of receipt. Having received this submission 24 hours ago, I’m still within the window, but this particular exercise had a stipulation paragraph that makes it impossible for me to respond. The paragraph in question is below: “I’ve enjoyed our back and forth over the last year, and would normally eagerly anticipate your response. Unfortunately, you already know why you cannot respond to this particular entry. No doubt, you have already been informed that my fears far outweighed my hopes. My recent divorce, estrangement from my oldest son, loss of a job I loved so close to retirement, savings being depleted and isolation from friends who seem by all appearances fine and unaware their friend is struggling. I felt it important to schedule this for delivery because it seemed a fitting way to say goodbye to someone who tried to help despite never having met.” My acquaintance had taken his own life two days earlier according to a separate notification I had received. I’m praying it’s the last of these I hear about, but I’m not naive enough to believe that prayer will be answered. I will continue to Hope and try to balance my Fear appropriately. Eventually, this pandemic will end and a vast majority of you will go back to life as you knew it. Some with positive changes and some with new challenges. I’d ask that you remember there is an entire population of folks that will go back to life with the same new challenges piled on top of a box they can’t seem to open the lid, preventing them from any positive changes. I can’t offer you specific guidance on how to help because each person is different. I can only Hope you are able to figure it out and turn this fight around in 2020.